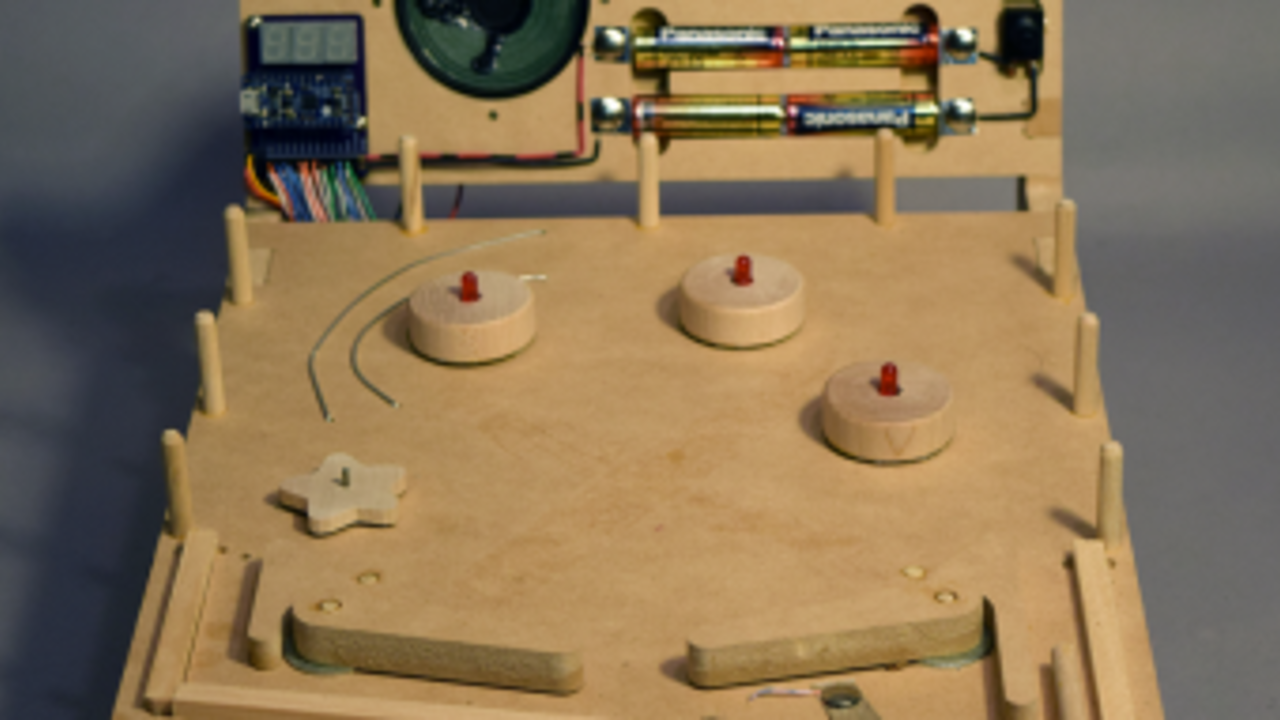 The pinball machines! For those not so familiar with what a pinball machine is, I’ll do my best to explain. A pinball machine is a table that involves a little metal ball and a pair (or how many there are in the table) of flippers in the table. The object of the game for the pinball machine is to keep the little metal ball from going all the way down on the tilted table. Use the flippers to keep the ball from going all the way down. Pinball machines are all different, all containing different themes and they can be either slow paced or fast paced depending on how the table is tilted. The other object of the game for those who want to become really competitive for glory, the object is to get the high score! Rank up the points and have that metal ball bump into all sorts of cool things!

I used to hate pinball back then. Wasn’t because I wasn’t good at it, but the main reason why was because those tables are so loud and noisy! Think the first arcade experiences involved pinball tables, and I can still hear all of the bells and whistles or whatever the noises were for the tables! Wasn’t just that, but many of those tables have so much going on in the artwork; Gee, I was a bit ungrateful for entertainment back then. As sad as it was for most times in the arcades, I just couldn’t do the pinball stuff because of the noise for both the ears and the eyes, even touch because of those buttons that activates the flippers. Even the smell of the arcade was intimidating; I almost said something about taste because it’s one of the main senses, but I never tasted any machines back then after having something tasty to eat, like ice cream!

My dad is one of the greatest pinball players I’ve known! Would put up the initials, JAM whenever he plays and gets the high score. I’d say he encouraged me to give pinball another go or another try, but almost every time for years, I would get scared to get near those machines; There’s a thing that happens in a lot of pinball machines where if you hit a specific target score, a very quick loud screeching noise would come up out of nowhere that means “REPLAY”; Meaning, you won a free game. Also happens when you get the “MATCH” at the end of the game (that means depending on the last two digits of the score, the machine grants a chance for a free game when a number with two digits matches your score with the last two digits randomly generated) that makes that same very quick loud screeching noise. Anyway, it makes me jump, man! Not fun!

Think it wasn’t until my mid teens, I discovered the pinball machines once more. Two were in a small simple little market place, and three were in a pizza place. They didn’t make much noise since they were not used. Decided to go up to one of the machines, and all I basically did was going around looking at the machine by the artwork and what’s under the glass case closely; Enjoying every little detail without even playing it (like video games, it’s fun to just look at the art), made sure there wasn’t anyone around, otherwise seeing me do that kind of thing of looking things up close and personal like that would be seen as odd.

So one day, I decided to save up my money (Tyler, please, most machines cost like a dollar) for one of these pinball machines, put the coins in and started playing. Wasn’t as loud as I have remembered, then again, this was a different machine. Then, I have learned that the machine can be humorous! I found myself enjoying whatever goes on as I progress while the characters in the game encourage and sometimes taunt me as I play. That was indeed a lot of fun, and those two games sure were worth the good experience, and learned how challenging pinball really can be; Ah! A challenge for the McNamer! That got me thinking good when it came to the pinball tables, and soon enough, I kept playing on those tables whether it be in the little market place or the pizza place where I would eat a slice and drink soda as I go to town with the pinball tables. Usually I would go to a table with jeans, sneakers, a tank top, and spiky hair and be all competitive for the tables. Even Mom would find it ridiculous and funny at the same time when I take it “totally seriously” for the games; Sure I may lose some rounds and get frustrated, but I know it’s all a game and won’t let the tables ruin me.

There was one day at the pizza place, where I was playing pinball (no tank this time because it’s cold out) with soda by my side, and there’s this little kid, about five years old or so, much shorter than me, walked up to me and was like: “‘Excuse me, mister! What’s that?” Jokingly, I took my soda and said: “Pepsi. It’s good!” “No, not that! That! What’s that thing?” He was talking about the pinball machine. “Oh! This! This is called a pinball machine! It’s a fun little game! Want to see what it’s about?” “YEAH!” “All right! Let’s get started!” Then soon, his little friends came up, about six others came by closely and I calmly let them know that I need my space. Turns out it was a birthday party going on, and a little girl was turning six I believe. It was when I taught the kids about what pinball machines are and then I said something on the lines of: “You gotta be *this* tall to play or watch.” So the kids brought in chairs ready to watch the pinball machine in action! It was so much fun! I let all get to use the plunger (the thing that launches the ball) and push the buttons at the correct time! It was a whole lot of fun! The kids all seemed like they had a good time! Their parents were close by, and it seemed like they trusted me with them when it came to something cool and exciting such as pinball! Talked to the parents a little about how cool it was the kids were interested in the pinball machines and how fun it was to talk about how they work; Even informed them of the local pinball museum in Seattle if they’re curious. It was one of those moments where I felt very comfortable being social towards others when it came to one of my favorite things. It was awesome!

The time was come where I decided to take on the King of pinball! My Dad! He didn’t call himself the king, I called him the king; Not just because he’s so good, but because the “Prince of Pinball” has a nice little ring to it for me. I think he was so proud of me that I can play pinball with him; A worthy opponent! Still beats me in getting the high score! Then again, there were times where I have won a few games here and there. Now pinball is one of my favorite things to do either by myself or with others.

Pinball challenged my senses back then, and the more I play, the more I felt like I was able to control and maintain all of the senses when it came to noise or whatever goes on whether you’re looking down or looking up in the game of pinball. It wasn’t just a game to get the high score and have a good time, but it was a useful tool to help me with the senses, and I choose to challenge the senses on my terms, whatever it may be; I’m just glad my parents have introduced me to many fun things that involved some kind of challenges on the senses. It was only a matter of time before I get to choose to accept, maintain, and thrive in the challenges given.