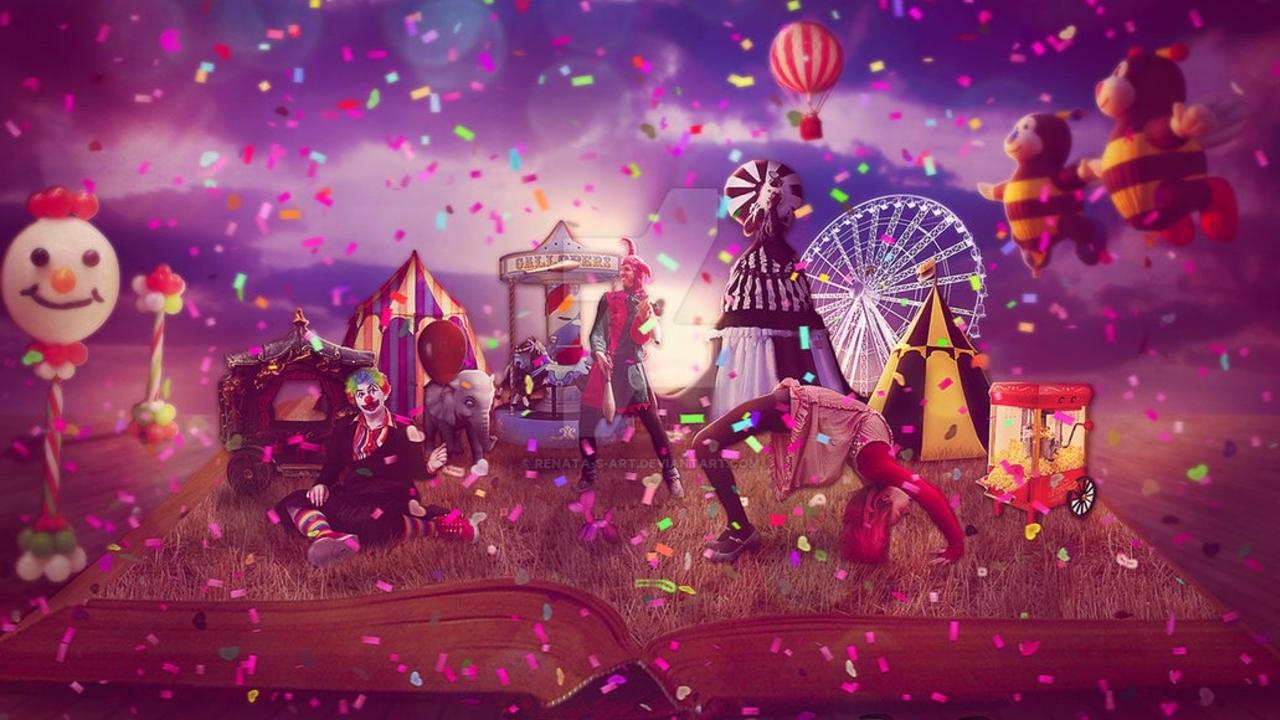 If 'entertainment' is an object that can be held, I imagine it as a balloon.

The idea for entertainment is for it all to bring a person joy; I ponder over the word 'entertainment' because there are many different kinds of entertainment that people find... entertaining. Going to have to slow myself down from saying that word too much in one sentence.

What does it all mean to me? It all fascinates me when I see the many things that relates to the category.

Entertainment to me is welcoming. The best kind of entertainment welcomes the person being exposed to it and want to be a part of whatever goes on.

Example, the circus; the show goes on and you're seeing it all right before your eyes!
A hockey match where players get rough and would do almost whatever it takes to score points.
A carnival that's designed for gay (happy) entertainment.
Movies where they invite the viewer to imagine themselves a part of whatever goes on.
And much more.

The welcoming aspect of the entertainment.

If there is metaphorically no one that welcomes the guests, then there is no entertainment worth my time.

It's the warm welcome part that sparked my complete interest. Personally, when I see things that are done for the sake of impressing others or just to keep up with what is considered hip, then it's not really that fun for me. I don't really like to make attempts to impress anyone. I did that way back in the day, and it didn't really make me feel good. Tried what I could just to fit in, but failed. That was when I decided to be my own leader, my own entertainer, and people can follow the leader if they like.

I would occasionally bring this yo-yo around that lights up in the dark. Pretty cool, right? One of the reasons why I would bring this yo-yo with me was at first for a fidget. Spins, makes a bit of sound, and lights up with these pretty colors. Played with that toy until I tried doing some tricks with it, and to my surprise... people started coming up to me complimenting on my cool tricks and impressed in seeing a yo-yo! At first I sort of wanted to make a run for it in a slight panic in not knowing what to say, but I hanged around and thanked them for the compliments; It's the kind thing to do, and later on I sort of used this yo-yo as a way to talk to others! The yo-yo is still a fun little toy, feel free to give it a try, even if you're making it go up and down.

No form of entertainment is ever wasted.

What do I mean by that? Never wasted entertainment. To me, it means no matter if the entertainment of choice is good or bad, it can still be talked about.

That's right, even when the entertainment of choice is bad.

I ask many of these questions often time. I seem to be into movies and video games that many people would not find it suitable for their own personal enjoyment, or not well received by critics or otherwise. The reason why I enjoy that kind of content is because I enjoy studying what could have been if it was all done by me.

I do this by myself, if I were to share my notes with the whole "if it was all done by me" idea, then I would feel like I'm bragging. However, I do imagine a writing team coming together and observing a terrible movie that they all dislike and write down what could have been done differently. Like a new opening of the same movie but in a much different perspective.

The entertainment topic fascinates me. Most of the time I find myself trying out new forms of entertainment and figure out why it's enjoyable to have such an experience and how it works out for me personally.

Being in front of people is very enjoyable! Whether I am a coach, a teacher, or maybe even an entertainer, but the thing I always keep in mind when it comes to entertainment is that I never would want to force myself to be funny or entertaining just for the sake of making people clap, the funny stuff comes natural I think, and the audience will enjoy you just for being yourself; That's entertainment worth experiencing! Nonfiction inspires great fiction!