Characters with No Mouths 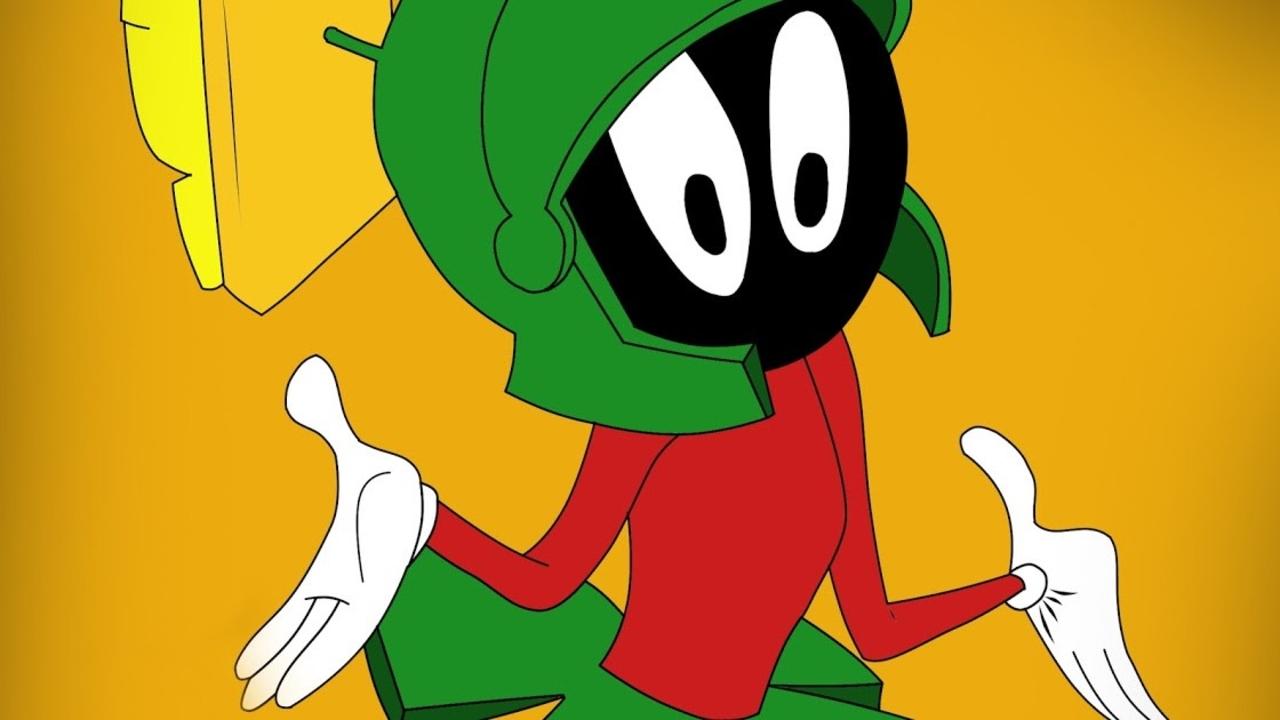 Pictured here is Marvin the Martian from Warner Bros.' Looney Tunes & Merrie Melodies. Image is free to use.

I found myself interested in a certain subject in the field of entertainment relating to the topic of fictional characters of fantasy. The characters that I have been familiar with and have seen many times whether in books, cartoons in the television, and in video games; is those that do not feature a mouth in their designs.

I used to think the popular video game character, Sonic the Hedgehog, never had a mouth because when I played a demo of the game, Sonic Adventure on the Dreamcast console, the game model didn't need to feature it while I was playing the game, even the other characters didn't feature their mouths when playing as them during that time I was playing a short demo. Caught me by complete surprise that they do have mouths all along. That has been the case a lot of the time back then with video games that have the polygons and early demonstrations of three denominational graphics with some limitations of character models. Sometimes, not all the times; Is that a mouth wouldn't need to be in a character model. Cannot say why, but I sort of like it that way.

In books, I have seen illustrations of animals, stuffed animals, and other characters drawn without a mouth in sight. Take a good example of the popular comic strip series, Peanuts. When snoopy and the kids have their heads turn to the sides, their mouths would disappear. Not all the time obviously, because they have to open their mouths in order to speak and give expressions.

Why has this been so important?

Here is how I saw it and oftentimes continue to see it.

It is because I relate to the mouth-less the most. I have always been a very quiet silent kid for a long time. Nothing much to say, nothing really needed to be said, just like to be a part of some action packed adventure; Whatever that may be. The part that makes these kinds of characters so expressive has always been the eyes, and I have always been so fascinated even today about the eyes in fictional characters and in non fiction characters in real life when I am looking at people. The eyes have been one of the major fundamentals of expressiveness and emotion within a character. Even if there are times when the eyes can have limits in some expressiveness, the bodily movements are there to fill in the blanks of expressiveness. It is like a team effort when the mouth is not there for the character.

For jokes, I would say that someone with a mouth in fiction is too noisy even when they're not saying anything, but the mouth part is still there. Jokes aside, sometimes when I don't see that feature, it is strangely comforting to the point where it is like discovering a quiet character; and I enjoy those guys and gals a whole lot. Sometimes when I feel like drawing, I would not put mouths in characters; It's just a style I like to do sometimes. They all have something to say, and they all say it in much different ways other than verbal communication.

Characters like Marvin the Martian that do not feature a mouth and can still talk, those are still a joy to me. It is like the eyes are speaking with every word being spoken. Inspirational in a way for me long ago because when I look at those kinds of characters, they're encouraging to the idea of: "One day, you will be able to speak." kind of motivation. Today, there are many characters that do not feature a mouth but can still talk, and I know a few sea creatures in a video game that fits the category. A little game called Splatoon. I love marine biology.

It doesn't matter what you say that is worthy of the mouth, but how you say it and is demonstrated by example. Whether in fiction or in non fiction. Even if you were to wear a mask over your mouth, what do the eyes tell you?