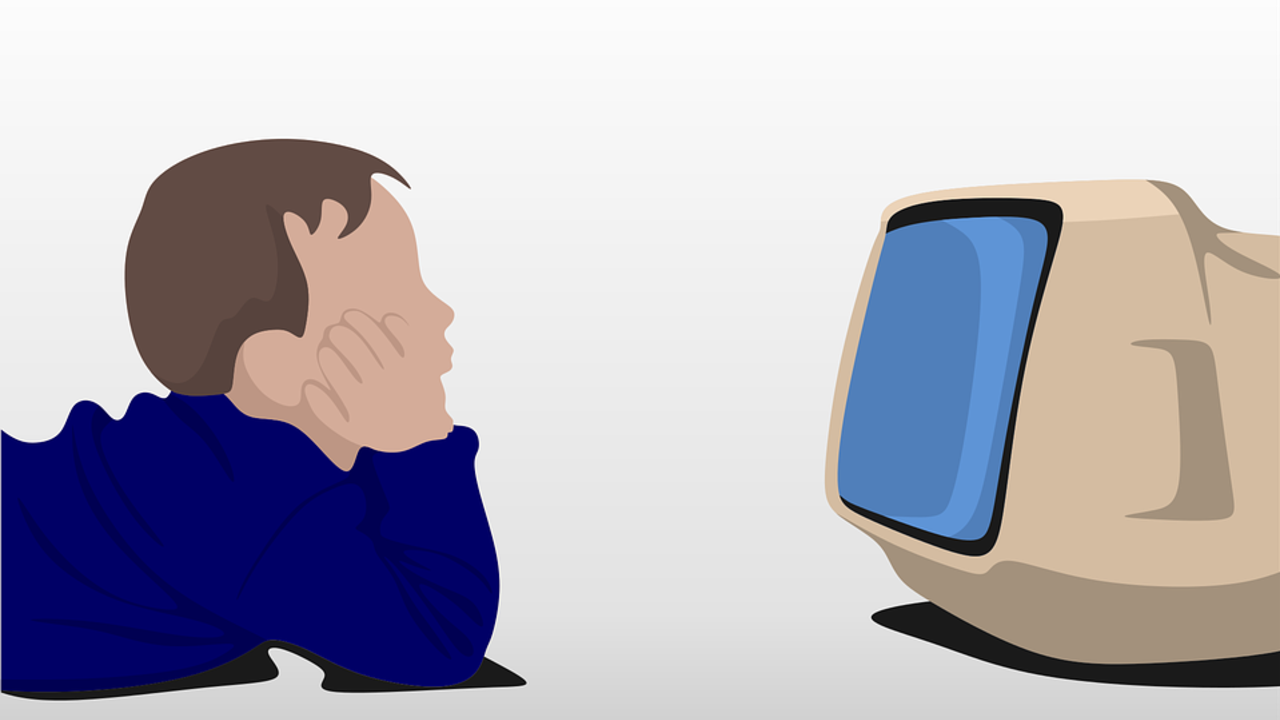 The television. Next to books, toys, and games, the TV is a neat source of entertainment. The screen can be a gateway to wondrous adventures of any kind. Whether it involves comedy, drama, action, or whatever genre there is, the TV can contain all sorts of really cool stuff!

I have mentioned this before when it comes to video games, and that is that it affects the mind; Same goes for television shows. I was introduced to age appropriate shows that had color and charm. Most of the cartoons I would watch were very old cartoons from the 1920's to the 1960's. Didn't really matter what year the cartoons were, I just enjoyed watching them.

Think television shows that involve color, to me that was very appealing and very helpful. Oftentimes I wouldn't know what's going on just by the characters speaking, I would know what's going on by action. I know that there are shows that have some forms of dialogue, but the action that takes place sort of takes the spotlight, and to me, that's how children would get the benefits to a show of choice. A prime example of colorful, good morals, action, and fun for all ages is the Icelandic show, LazyTown. That show focuses on healthy living and staying active! They don't say the message of brushing your teeth or eat right, they encourage good choices by example and saying that apples give you superpowers! Reason why it's called "LazyTown" is because that's what the town is called, and a superhero comes in and gets everyone excited about being active! Sure sounds pretty fun! Feel free to check out LazyTown. I highly recommend it.

Sometimes I like to see myself on the television. Not just to be on TV or to be famous or anything like that; But to entertain and maybe even inspire as well as educating the audience. I sure do enjoy educating people whenever I'm on stage during my tours, but sometimes even the entertainment part would count as education. Why? The way I see it is because then others would like to try out the entertainment too and be brave to do so. Whether it be getting interviewed or sing onstage or even if it's something basic like juggling or dancing. Onstage stuff can work on the TV too at times.

One of my favorite forms of TV is old footage. VHS quality goodness. Why's that? Well, the reason why is because think of it this way.

Memorizing... I would even have the habit of watching very old commercials and imagine myself watching TV back then. Sounds silly, sure, but the commercials sure paint pictures on history at times. What television was all about at times, what the world was back then. Sometimes I would even have thoughts about how to bring back that kind of quality without ever making fun of the idea. Make it all fresh and original. New content with a historic feel to it. Sometimes I feel like the TV can be a time machine at times depending on what I'm watching.

When it comes to TV, personally I don't normally go for whatever is trending or anything like that. I'm in charge of the remote. Sometimes I would think it would be neat to do something for TV, whether it be a guest star, an actor, a voice talent, a writer, or simply helping out with the set. Sometimes that kind of stuff looks pretty sweet! Especially the writing stuff. Get to share what comes to mind and hope that the audience enjoy without having to force an episode just for the sake of an extra episode of the season. Writing is one of the biggest responsibilities when it comes to just about anything in entertainment, and I do enjoy a good challenge.

Television. Is it good for people? Depend on how you use it. Not everyone watches TV, and that is okay. I do enjoy a good surprise after a while of not watching.