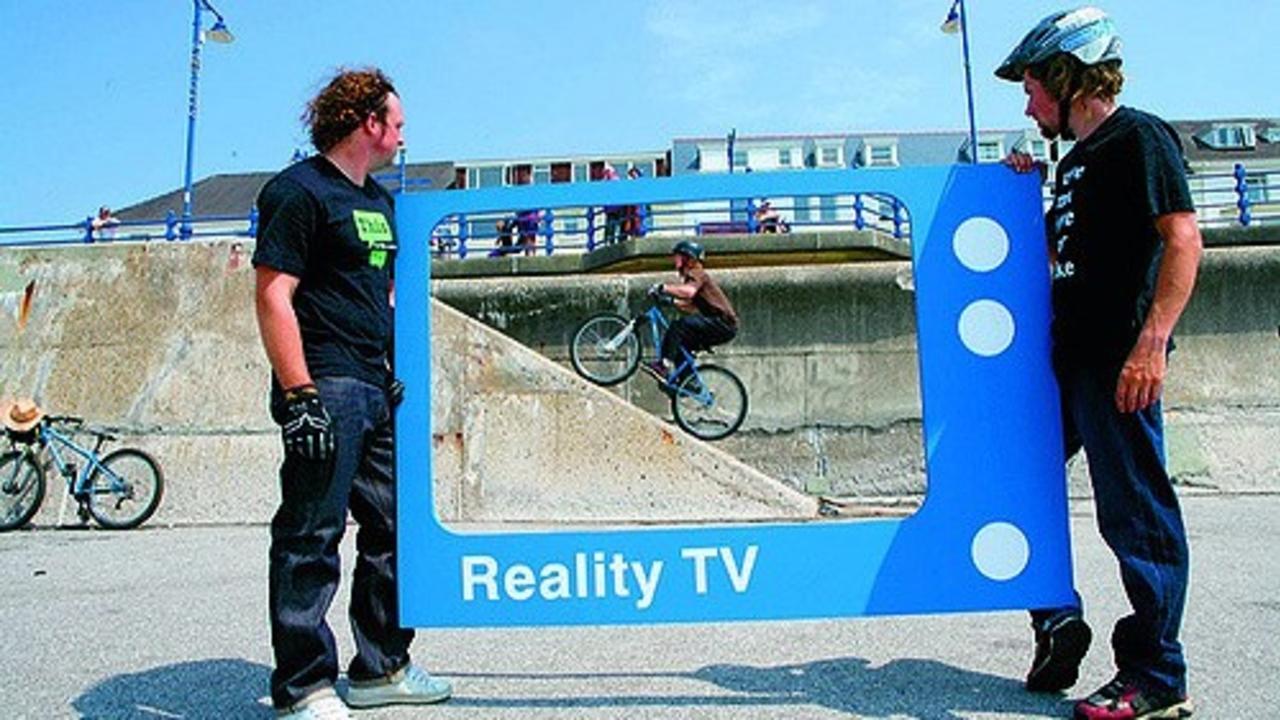 Wait, what? This is a bit unexpected! What’s the meaning of this? I’ll tell you.

Reality television is a type of television show that depicts the lives of one person or persons. Why does this spark my interest? I don’t watch that kind of content on a daily bases, but is still fascinating. I tend to dissect the stuff I do not enjoy as much to understand why it can be entertaining.

I had a quick part-time job at a candy store on a December doing the basics such as sorting candy, taking out the trash, taking out the recycling, and making boxes for the fudge. I met a new friend who helped out with the boxes and putting the Bon-Bon sticker on the boxes and we talked about what we enjoy doing on our days off, she mentioned a reality TV show, and me being all clueless dug in deep on the subject. I knew it was popular, but never had the idea of actually asking questions about it.

People watching people living! It was then I put on a smug face and learned more about it using the television. Then I got what I needed and wrote down what I see in these kind of shows. Then, if I can remember correctly, there’s a reality show about people with down's syndrome (can’t reveal any names here; the copyrights trust me). Decided to take a look. Looking for love and showing off how they live despite their abilities.

What? This is all a bit silly. I do not approve of this kind of content starring people with down’s syndrome or with any kind of ability autism or not. I’ll tell you why for the down's syndrome one. Down's syndrome, they are a lot like us, just a bit different; they can be entertaining, they can be mysterious, they can have a whole lot of character; but entertainment cannot be forced when a camera is at your face 24/7ish. If there is a plan of an autism related reality television show and they want AutismWorks to approve it, I would say no.

Do I think reality TV shows should go away? No! No way! I understand why it is entertaining for others. Many of these show a little message on each and everyone of them. That message shows a reality that a lot of people wish they can be a part of; this reality almost seem a bit… in the fantasy area! See? Fantasy dominates reality! It’s nice to dream. Is it possible to live a life of riches? Absolutely! Is it the key to fame and success? Depends on how you look at it.

Now, the stars of these shows share a similar purpose; they all show that they can be interesting characters too that people in a way can relate or want to become.

I think we are all our own characters; we don’t need a camera to prove that we can be entertaining. I see this whole not being in a reality show shebang to be a nice rare treasure for all of us. Only certain people who know and love me for who I am is a much special gift than being famous. If everyone knows me just by a simple click of a channel remote, then it’s no longer a treasure, but a shiny nickel; they’re not worth much in this day in age.

Not just me, all of us. We’re the stars of the show. No cameras required.