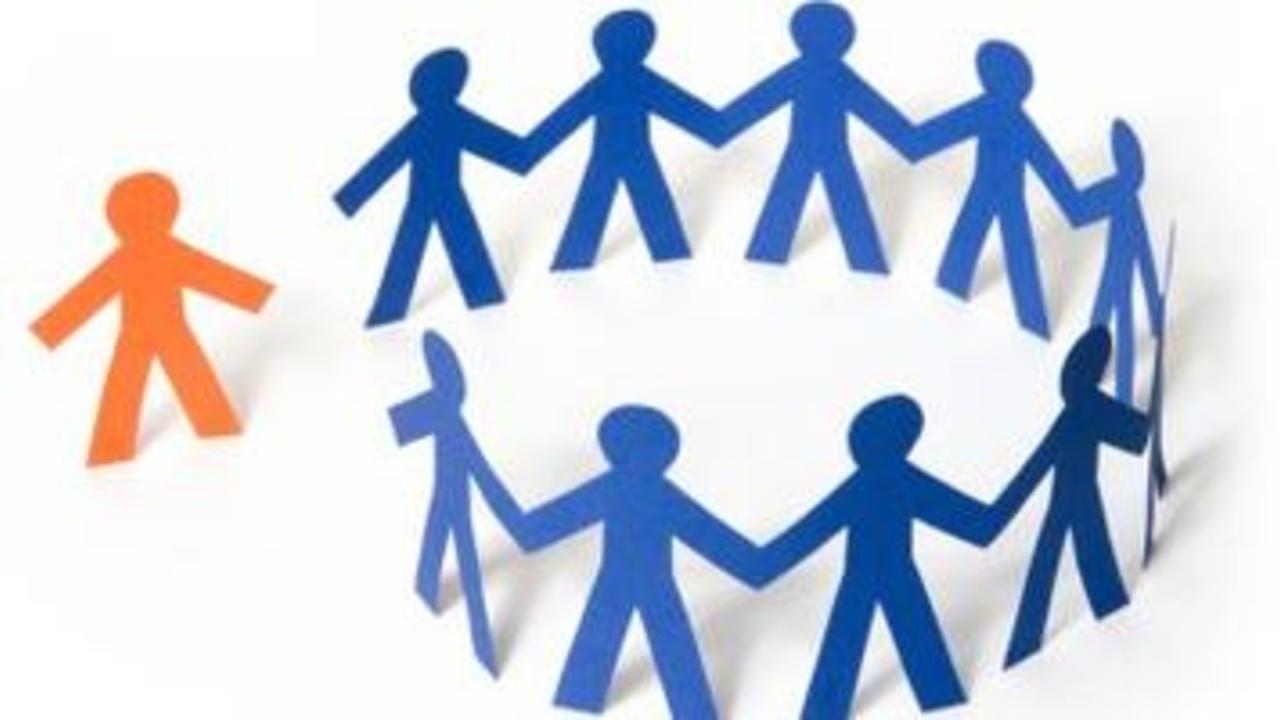 Take it from me, I was an open target for peer pressure. People thought I was pretty dumb because they don’t like my looks, and they don’t like the fact I forget words sometimes. I am an active dude, and back in school, people thought that I can do anything. One time in high school, some kid dared me to streak on the football field during the marching band. Streaking means that you take all of your clothes off and run all over while a lot of people see you. Sick isn’t it? Luckily I didn’t forget my words on this one, I knew what to say. I looked at the field, and looked back at him with as smug on my face saying “I’d rather have you get the glory from these people. Come back to me when your ready to speak for real.” and then I walked away getting myself a Snickers bar.

There was another time when a group of kids wanted me to fight. This was back in the day when I shadow fought myself for fun in public. I wasn’t suppose to do that, but I didn’t know better back then in the Freshman year. So these kids, told me “Hey Tyler! This guy called you names! Can you believe that? They called you a jerk, and that you suck. You should teach him a lesson.” After hearing that, I got a little surprised and offended. So what I did was give a stern look at the boys saying “May I see this kid?” The kids were excited and couldn’t wait to see a fight. They brought the kid to me real fast, and I told him “Please don’t say mean things to me.” And then I walked away.

The group of boys were like “what?” They were all confused and shocked that I walked away from a soon to be fight like that. I didn’t really think that the kid didn’t really call me names, but the group who went up to me said it. I would of said “please don’t say mean things to me” to them, but I address it to the boy instead. After all, I did walk away from a soon to be fight.
This is one of the things I’ve included in the book. It’s all about self control when it comes to social situations and the pressure among peers. The kids that go to my high school who have autism doesn’t have that kind of self control. They get defensive in a non-positive way, and I never support that kind of defensive strategy. It’s the reason why there’s more bullies to people with autism that way. But with my way on being peaceable with others and staying true to myself makes things a lot calmer and better on my opinion. It’s like I say sometimes, don’t be afraid with the enemies, be friends with them, there’s always good in them.

Sometimes I wonder why there’s peer pressure in the world. I always wonder why kids can’t be like their parents or family member… oh yeah, even on that part there aren’t very good influences when it comes to family members on some cases. But what I mean to say is why join a group when the kids want others to do bad things like jumping off roofs or something. I’ve heard the “fact” that it makes kids “cool” when they do those daring activities. I tell ya, being cool doesn’t mean doing the daring like jumping off of roofs. It would be cool to jump off a roof and land on a bouncy house or a pool or anything that’s going to catch you for safety. Safety isn’t all that bad really. I hit my head while snowboarding and I have to wear a helmet. At first I was all “Aw man, I look silly.” But snowboard helmets are pretty cool on my mind when continuing doing spins and flips. I’m a Snowboard Average man, it’s one of my strengths. But if I was told to go down the danger zone of the mountain, I wouldn’t do it. Although it looks cool and fun, I can do the same tricks outside the danger zone.

On my mind, I think peer pressure is a way to kill boredom, because kids allow the pressure to flow. I like to follow my own advice and my family’s advice. I used to think that I have the perfect family, but then I learned not so long ago that nobody’s perfect.

Another thing that makes peer pressure possible is because a lot of people want to fit in. Even if it means sometimes to do the daring. Sad I should say, but if people of all kinds want to fit in for being who they are, they can join me, in a population of ONE!