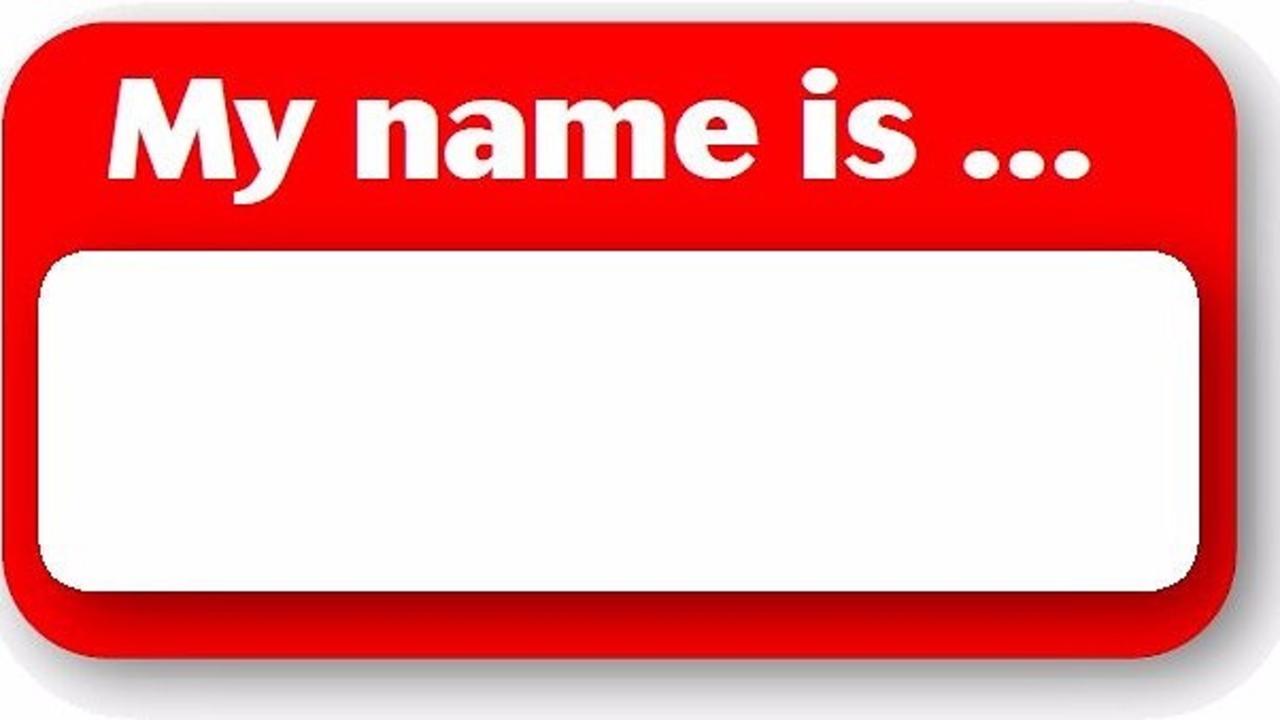 I love naming things! One of the many things Tyler McNamer enjoys doing. Why is this little task so interesting and fascinating?

For fun, whenever I have a stuffed animal or a stature figure or a transportation vehicle like a bicycle; I would want to be attached to them even more by giving them names.

Names are very fun because it gives the object or person or whatever anyone can think of character; And I have mentioned this quite a bit whenever I teach students about character development about why names are very important, and you stick to them.

I was almost named 'Quentin' one time. Then it would be Quentin Allan McNamer QAM; but Mom insists on calling me Tyler. TAM. She said one time that I look like a Tyler. Still trying to figure out what that means, but I'll take it. It rhymes with my last name and to top it all off, I can be seen as TM. It's exciting to me! Then I can put the ™ sign when I finish something creative!

Here is another fun challenge when it comes to names. Acronyms. It can be any word, and there might be characters developed based on the letters being provided.

Here is an example. This is Miiverse. Miiverse is a Nintendo property. What Miiverse is generally about is anyone can post fun video game moments such as screenshots, thoughts about the title of choice, and even their own drawings. Never thought a social media site could encourage me to draw. I like to use it for my free time.

Anyway, here is how I like to develop eight names based on this. Eight names. We have:

Always the attention to detail. No tiny detail is ever left behind. So for fun, I came up with the names using two syllables.

I have gave these particular Miis these names because these eight are Nintendo made Miis and are often seen in the site. Can't show them to you here because they are trademarked.

What I want to encourage to my audience is feel free to ask yourself what do you enjoy? What thing does it connect to you on a daily basis? Feel free to give them names! I believe it encourages creativity which leads to imagination which leads to open mindedness.

In the line of business, a lot of times whenever there is a new innovation going on such as illustrated characters, those characters need names. Got to ask what the illustrations are about, who's the general audience, how easy the names can be said, and so on.

I enjoy the many names given to me. They all in a way tell a story about who they are once I get to know the person or thing behind the name.

My name is Tyler McNamer. What is your name?