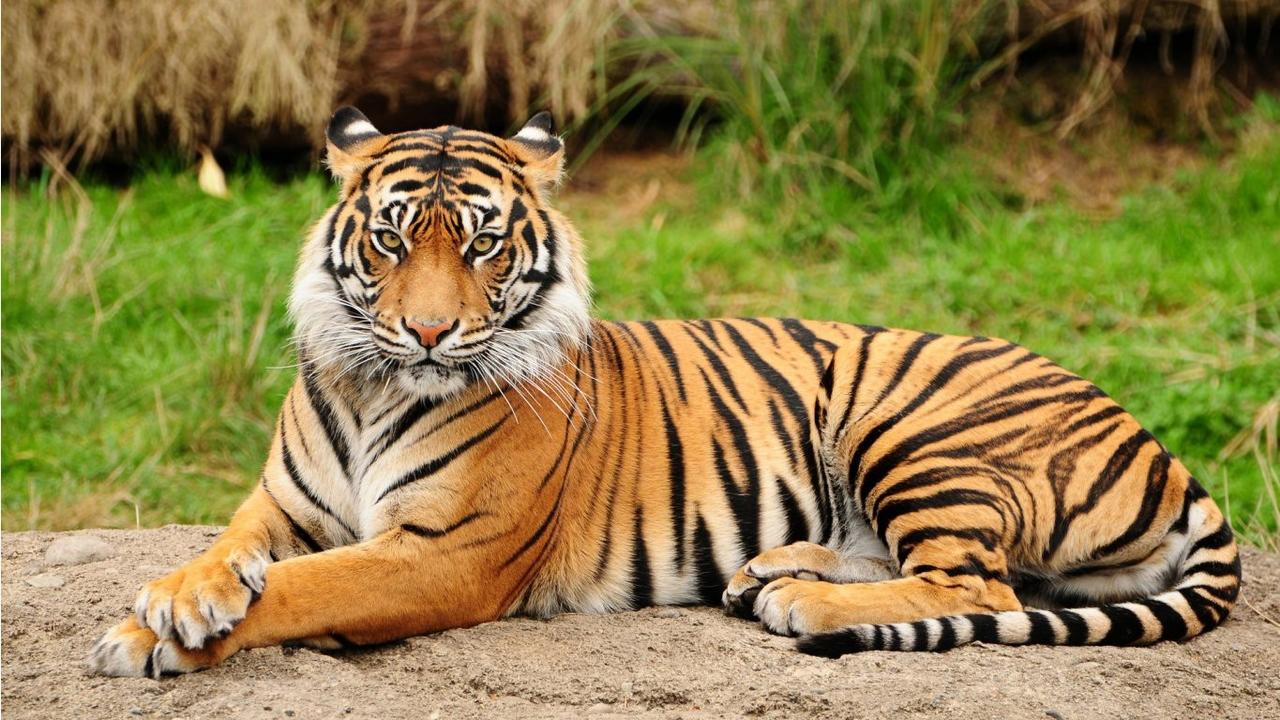 One evening, I was eating dinner in a fancy restaurant with my mom, Mormor, Uncle Ken, and Aunt Renee. We were asking each other questions like: “Where is the one place in the world that you would like to go?” Then Aunt Renee asked, “What animal would you like to be if you were one?” I replied by saying that I would be a tiger. I said that just because “Tiger” sounded a little like my name. After dinner, I began to write reasons why I chose the tiger.

This was the only “free” chapter that I shared with hundreds of people. I shared my reasons for choosing a tiger with my writing class, my family, and my friends. I started out the story by saying, “Hey, kids! It’s your old pal and friend. Do you have a favorite animal? I have a favorite animal too. It is the tiger. Here in this group of words, I will tell you why I like the tiger and compare my reasons why I like the tiger to real life events.” Then I read the following:

Tigers are brightly colored cats with black stripes. Their color of fur is bright orange, but covering that orange is the dark black stripes. I have bright moments, but sometimes they cloud up with dark moments. Those stripes allow the tiger to blend in with certain surroundings that will make the tiger camouflaged so it can hide. A balance of good moods and bad moods makes it easy to blend into “normal.” If a tiger would be nothing but black, then everyone would know where the “black” tiger would be. Plus, then it would be a panther, and panthers are good at hunting at night. If it were to be all orange, then it would be a cougar. No need to brag, but I’m the best at hide-and-go-seek. Quietly and patiently I hide and make myself comfortable in the forest.

The claws are meant to grab and hold onto their prey. I can grab a hold of something when it comes to goals, and not let go until it’s done.

When I see the eyes, they are focused and calm. Even though the tiger is one of the deadliest animals on the planet, it still has calm eyes. When there’s trouble going on at school like a threat toward me, I don’t shiver. I know they can’t do such things to me. I may look calm, but I have full control of myself and follow my ways of life.

When I see the teeth, I see that they are powerful and bring out fear in others. At times, I’ve had moments where I literally scare people from my own actions. Sometimes, I don’t mean to, but I do a lot of times; I never worry about what I do because I’m me. I don’t see the tigers’ teeth very often unless they are yawning.

The snarl of a tiger makes others stand aside. I never liked it when people wanted me to change, so I say “back off” or anything to make them leave me alone. I hate change in me. Except if it’s on the outside like a haircut or new clothes.

The tiger’s ears are meant for hearing prey coming close by. I like to multitask by listening to one thing, and then go to the other. Whenever I think I might hear something, I silence everyone and hear the sound. Tigers would hear another animal whether or not it was a good animal. I listen to people whether they are good people to be with or not.

Same thing with the nose; if a tiger smells something nice, he eats it. If not, he leaves it alone. If people have personalities that stink, I walk away.

When I looked at the lifespan of a tiger, I found out that they live about fifteen years. When my lifespan as a child ended at age fifteen, I felt dead inside. My teenage acquaintances can’t be as active as they were when they were little kids. I am always ready for almost anything because I hate boredom and am always active except for bedtime. I act my age; it’s just that people my age are not as active as they were a long time ago. I still don’t understand that, but anyone can be as active as a child the way I see it. Any animal and any human can live longer than what their average is. At age fifteen, it seemed like my childhood was dying. I wish I could be a child again with my acquaintances as if I were back in the ’90s. My childhood I will keep forever, no matter how many people grow out of it.

Every animal has its senses. Most even have tails. Sometimes, we can all relate to our favorite animals. Go on, pick an animal that you like, and explain why you chose it.

Since I wrote this essay, I’ve encouraged others to write about their favorite animals and why they like them. People sure make wonderful stories out of their animals.