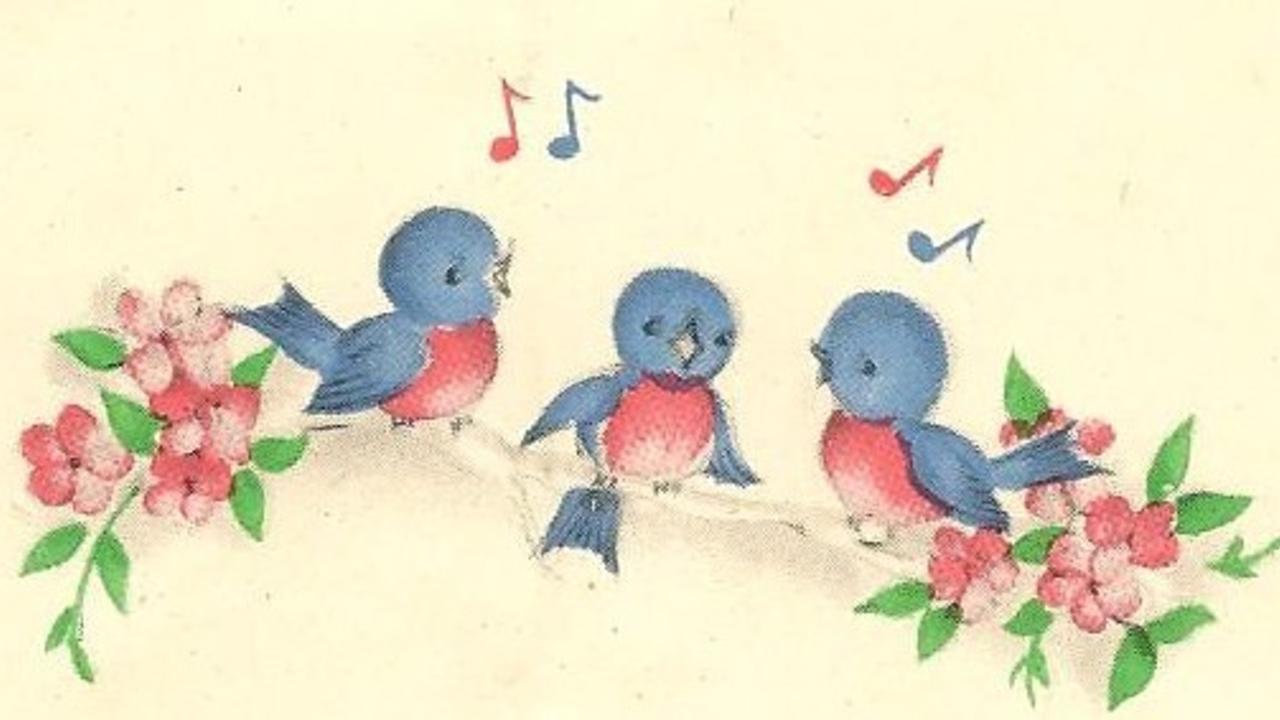 As the late great Al Jolson would say:

After he would tell his audience that he loves to sing-a about the moon, the month of June, and the season of spring.

I love to sing! Used to sing with my mom and my dad when we were in the car. Whenever Dad sings, it's always so cool how he turns with a smile and goes: "Do ya like ma singin'?" In recent news, I learned that he used to slay it in karaoke bars back in the day. Trying to follow his footsteps. One more personal note real quick is that I discovered this thing called Twitch Sings, and I can sing all kinds of songs with lots of people online! It's a lot of fun! All kinds of singing styles are a joy to sing the tunes with. Spent the last several hours singing and dancing when no one was watching.

Wish I can talk a whole lot about personal singing experiences, folks; But onto the same topic relating to autism. Here is why the topic of singing to me is incredibly important and something to be positively aware of.

I am sure you may already know what singing is; But I'll share you what it is anyway. Singing is when someone produces words using a variety of vocal tones and pitches that goes with the music. Oftentimes, the singing becomes the music with no instruments. Now, what makes singing something to look into closely? I will share some information to you.

Back in middle school and high school, few schoolmates that I've known that have autism would go to choir class; One question I would ask just out of curiosity (part of me is being very curious) is asking why they would do choir. They would respond saying something simple like: "'Cause it comforts me." Understandable. Singing can be incredibly comforting, singing can be a whole lot of things!

Going back into the curiosity years later after releasing Population ONE: Autism, Adversity, and the Will to Succeed; the topic of singing got me even more curious when I have heard many children with autism that would love to sing. You'd probably think it may not be such a big huge deal, but love to look at the tiniest of detail of the things that may not be seen as big huge deals. Even with the recent success of a guy named Kodi Lee that won in a TV show called: America's Got Talent; A musician that's blind and have autism that won the competition and trended on the internet.

Singing and social communication. Both can be similar, both can be astonishingly different.

Not so much in terms of communication; Unless if it's a rap battle. Don't want to get into that, I got painfully owned, believe me; But the majority of singing doesn't have to be so social. Sometimes when I am social, I like to sing just for the fun of it; Free-styling as they say; Anyway, sorry for going off the tracks, but it is true, unless if you're Jimmy Durante, most songs don't involve social situations.

Social situations would oftentimes not be so clearly because at times it can be tricky to come up with the words. In songs involving singing, you know the lyrics being sung and much easier to remember. Helps too with the music involving the melody, harmony, and chorus that makes the lyrics shine ever so bright. Hear the songs, know the lyrics, so welcoming and encouraging to sing the songs.

Give singing a good go! What songs can you sing? You can sing anything! Folk, musicals, rock, jazz, and any kind of genre you can think of. Sing in the shower, sing in the car, sing in your room, sing anywhere that's socially appropriate. It is okay to ask where is a good place to sing.

If you can sing, you can talk. A fabulous breakthrough in the topic of autism! Keep singing! Keep talking! Keep singing and talking! The world is looking forward to hear your performance.